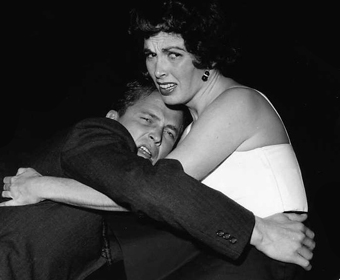 Cruel Kiss
by Carolynn Kingyens
To mouth the word cruel
is to mimic a kiss.
If you don’t believe me,
try it yourself.
Did Judas utter cruel
under his breath as he
kissed Christ’s cheek?
Is this what God meant in Proverbs,
when He inspired,
though his speech is charming,
do not believe him, for seven abominations fill his heart?
I remember in the seventh grade
when Lisa-Marie Turner became my BFF.
She was named after the beloved daughter of Elvis –
redneck-pretty, skinny as a car antenna;
liked to hang with the fast crowd.
I thought it was cool how she would pound a new pack
of her stepfather’s cigarettes against her palm
like a deck of playing cards.
I thought she was mature when she got to third base
with Mark Goodman in the broom closet
under the stairs as we witnesses
nuzzled our ears against the hissing door.
Three months later, I cried myself to sleep for a week
after learning Lisa-Marie Turner was a fraud,
after learning she exposed my 13 year old secrets
to the entire school.
I was naive back then on friendship,
unschooled on deception,
didn’t know another world could exist under the weight of hearts,
concealed like slimy bugs under rocks.
And even now, at thirty-three,
Lisa-Marie Turner is still with me,
swimming underneath our whirlpool sheets,
hysterical laughing as I open my mouth
to receive your cruel kiss.