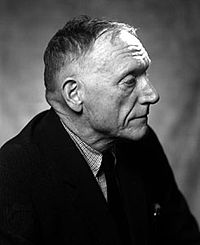 â€œI had a birthday â€“ only a few days ago â€“ and am now thirty-eight,â€ wrote Robert Penn Warren in 1943. Clearly, a cocktail was in order. Luckily, Warren had just the thing.
Although it doesnâ€™t have the universal significance of a 30th or a 40th, Warrenâ€™s 38th birthday was actually a very noteworthy one: It meant he could no longer be drafted into World War II. To celebrate, Warren threw â€œa gentlemenâ€™s party with a particularly insidious punchâ€ and invited his colleagues from the University of Minnesota, where he directed the creative writing program. If you think tenured professors donâ€™t know how to party, think again: The revelry lasted almost seven hours, and they went through four gallons of punch.
Thereâ€™s a reason they call drinks like that a punch: One glass is enough to knock you over. â€œIt has the mildest flavor in the world, but, since you know the recipe, it is superfluous for me to point out that it is not for the women and children,â€ Warren wrote. It also makes enough to put the whole U of M faculty away for an evening.
For a smaller dinner party, or for less thirsty guests, hereâ€™s a slightly adapted version, with a bit more juice to mask the wallop of the gin. Proceed with caution, especially if you have class the next morning.
2 cups dry white wine
1 cup gin
1/2 cup light rum
1/2 cup sherry (either dry fino or Amontillado)
3 cups grapefruit juice
Pineapple juice to taste
Mix ingredients until well combined. Serve chilled.