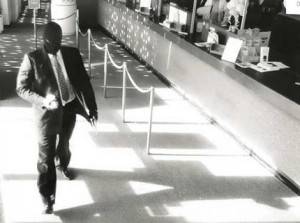 Psychological Autopsy
by Mike Berger
He learned early not to cry, his Orthodox Jewish father would have none of it; crying was for women and Rubens dad made sure he understood that. His father was Jewish and had a chip on his shoulder. Their little house was Spartan devoid of beauty. They lived in a tough neighborhood; his was a low-paid security guard. While other boys were out playing, Ruben was required to sit at his father’s feet while he recited from the Torah. He didn’t mind so much because the other boys made fun of him. Often he came home with a black guy or a bloody nose. His father told him that he must learn to fight, “an eye for an eye” was repeated over and over.
Ruben’s life came to a crashing halt when he was nine. His father was shot and killed by a burglar; they never caught the guy. The company gave his mother a small pension but it wasn’t enough to pay the mortgage and buy food. Despite her desperate pleas to the bank they foreclosed and took their house. They rented a shabby apartment in a rough part of town. Out of necessity, Ruben learn to fight and began carrying a knife. He became surly and defiant.
Ruben remained the brunt of jokes when he entered junior high. He was quickly identified as a troublemaker at school; he spent as much time in the vice principal’s office as the vice principal did. The kids all knew that he carried a knife and steered a wide path around him. He had no friends and ate lunch by himself. In the eighth grade he started smoking pot when he could. He didn’t have the money to pay for it.
He started stealing anything that wasn’t nailed down to pay for more marijuana. He hit the retail stores using his five finger discount. The stores around his area knew him well and assigned a security guard to watch him. He got sent to Juvy for trying to steal a watch. While he was there he learned the burglars trade. The only thing they didn’t teach him was how not to get caught.
After detention he went on a spree. He bragged that he could steal a car stereo in less than 5 min. He became disenchanted with the nickel dime stuff and wanted to do something bigger. He scoped out houses on the rich side of town. He didn’t have a car so he had to ride his bike. When he broke into a mansion he couldn’t take the bigger stuff, TVs, computers, or stereos. He had to be content to steal silverware, jewelry, and anything he could carry in his bag. In the house he found a coin collection; he knew they were worth a lot of money. He pawned them. The following day. He got $800 for the collection and went out looking for a car. He would use his money as a down payment; there was plenty more where that came from.
The cops got a call from the pawn shop. It took less than four hours for them to know his name.
A day later he was arrested and taken into custody. He had just turned 18 so he was tried as an adult. He pleaded guilty and was sentenced to three years in prison. He hated prison life, he was young and was everybody’s bitch. He became more angry every day and started a dozen fights. They gave him an extra year in jail. He spent three months in solitary confinement, where he nearly went berserk. Six months before his release, he got violently ill.
The doctors and the hospital infirmary were baffled so they sent him to a local hospital. They ran test after test on him. The doctor looked grim when he told him that he had contracted the HIV virus and had an aggressive form of AIDS. When he was released from the hospital, the state weighed the last three months of his sentence and released him. He was depressed but mostly he was violently angry.
Before his release he had hatched a plan. When he got out he went home and stole money from his mother. He went to a pawn shop and bought a handgun. He loaded the revolver with six rounds and calmly walked into the Citizen’s Bank. He blamed them for all of his family’s problems; they didn’t listen to his mother’s desperate pleas. He took out the handgun and shot the bank manager twice, then turned the gun on the tellers. He took down three of them and with the last round, he splattered his brains all over the bank.