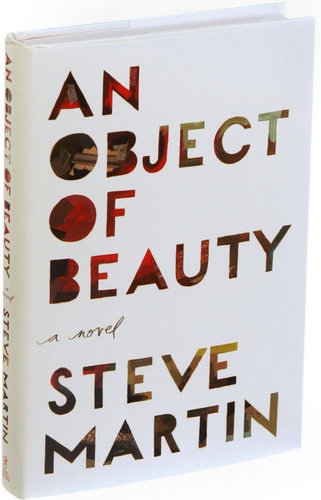 Review of An Object of Beauty by Steve Martin
Review by Ben Macnair
Hardcover, 292 pages
Published November 23rd 2010 by Grand Central Publishing (first published January 1st 2010)
ISBN 0446573647
Steve Martin’s third novel ‘An Object of Beauty’ looks at the art world, from theviewpoint of Lacey Yeager, a young, ambitious, and morally ambiguous arts dealer, who works her way up from the bootom of the heap, to running her own gallery in New York. A family heirloom picture starts her climb up the career ladder, but secrets from the past are threatening to spoil both her reputation, and that of her friend, the arts writer Daniel, who also the narrator of this story. It goes along at quite a pace, with short sentences, and chapter helping to push the action along. Although Art is a central theme throughout the novel, the reader does not need to know all about it. The novel is expertly researched, but the research does not get in the way of the story telling, that has always been Martin’s forte (as well as the acting, the comedy, and the critically acclaimed musical career). At a litte over three hundred pages, the story packs a lot in, and tells the ups and downs of two careers that seem to run in parellel, each knowing more about the other than should really be the case. There is a lot recommend this book, andreader’s groups will find much to discuss within its pages.
Order it here.

0 thoughts on “Review of An Object of Beauty”