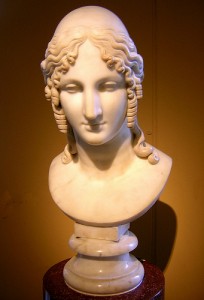 The Mythic Love Poem
Where white-hot sexuality and white-hot hatred meet.
Poets have insistently used myth to help them address love, that grand ineffable. It’s handy—a character can be brought onstage and animated without the poet having to belabor the back story. Myths that rest on a few key elements seem especially useful. Cupid, the “little love god,” is one example. Hallmark reminds us each February just what an arrow from his quiver equals. Another useful mythic character is Helen, the beautiful, half-mortal love-child of Zeus and Leda (or Nemesis) who was hatched from an egg.
Helen is lustful love incarnate. The myth variously represents her as either having been abducted by Paris of Troy or as having run off with Paris while her husband Menelaus was away. Regardless, she and her seductive beauty are held responsible for the subsequent 10-year war between Sparta and Troy—representing the enormous power that gets attached to sexualized female beauty. In Christopher Marlowe’s Doctor Faustus, Faustus begs Helen to transfer her immortality to him by way of a classic movie smooch, “Sweet Helen, make me immortal with a kiss”; sexuality plus beauty (“the face that launch’d a thousand ships”) is a formula for fame and Helen is ancient evidence of it.
Read the entire article by M. Bang here.