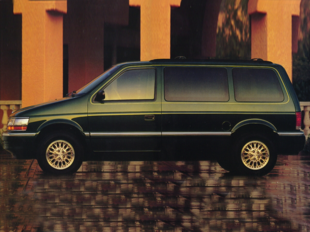 Little Green Mannerisms
by Matt Ronquillo
The child had pristinely flat jaws of swirling granite.
Its teeth were intricately carved pieces of wood attached by hinges.
I carried it out to where mom had the old green Plymouth Voyager overhauled
with an LS1 engine and all the back bench seats gutted.
A foreign viciousness glimmered in her eyes.
I closed the door cautiously,
and the child and I burst forward into colors.
I stopped to have a drink in
“Slovakia,” the bar tender said, without a trace of concern at the question.
I stretched out on a little platform next to infinite stone pits dipping into the floor,
which I knew had just slung down real low because my sentience popped up
in something’s cross-hairs.
I walked outside, spared for now, into a public execution
in the beautiful sunlight in an old town square.
An advanced technological swing set held three moaning expatriates,
their three friends dancing and singing for amusement to the side of it.
Everybody knew what would happen when curiosity waned into
the desperation of the performers bled through their act.
The crowd turned away in horror.
The swing was released into blades and fire. The three expatriates shrieked,
and the scorched scalp of one was flung at our feet when the swing came back
where the performers collapsed.
The clumsy clacking of loose wood on rock flipped low-toned
fact down the cobble stone road. Something about the fire judging all.
It drifted into the square so cliche it blew our quieted minds.
Because something had ultimate control here,
and was sinister enough to use melodrama before smoking its prisoners.
I returned to the car and the child was gone,
having left a note etched in controlled fury into the windshield:
how it assumed this was home. How it sensed malleability in the sky
through which it aspired to vent itself.