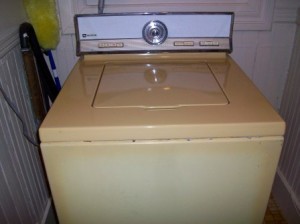 Thieves and Liars
by Dirk Michener
The other day I had gotten home from church early because my kid was sick with a viral infection that was making it hard for her to move around so she needed my help. My wife was supposed to be helping her but she was watching America’s Best Celebrity Ice Skater Challenge when I got home. I asked her if the kid was ok but she got a phone call right when I asked. It was one of her girlfriends who called. They began having a loud conversation about the things they had eaten that day. I walked into the kitchen to look for some dinner. My wife started telling her friend how she had eaten pie that day, several different kinds of pie. Pie sounded good and I began looking through the icebox for the pies. There was no pie, just a lot of yogurt. In the freezer was a box of meatball Hot Pockets. I stuck the frozen sandwich pocket into the cardboard sleeve and microwaved it. I put it on a paper plate and went into the laundry room. I sat on top of the washing machine as it was washing a load while eating my pocket sandwich. It tasted fine. All the fatty meat and soft warm bread. I was enjoying the Hot Pocket very much. As I finished I heard my wife calling from the kitchen. “Honey?” she called out in a concerned and agitated way. “Honey?” she called again. I was about to answer when I hesitated. Something in her tone made me feel guilty. I let the washing machine’s vibrations course through my body. “Honey?” I heard her call again from the other side of the house.

0 thoughts on “Thieves and Liars”