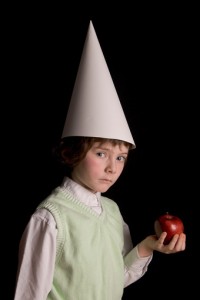 Atlas bluffed
By Timothy Bearly
These lazy peasants, and their appeal for wealth redistribution.
-anonymous prince
Who is John Galt?
John Galt is a trust fund baby. I know this, because I grew up with him.
In school, I remember his disdain for the pauperized, and how he frequently scoffed at the “societal parasites who receive free lunches”
“I provide for myself,” he indignantly pronounced
“I refuse to rely on the nanny state to pamper me”
He spoke of how they are suckling on the teat of government, as he unabashedly suckled the lactate from the uchi-bukuro teat of his opulent mother.
He received a weekly allowance of 200 dollars, and was the only kid in school with a brand new car, but he never had to work for it. Seemingly unaware of his own hypocrisy, he jeered with enmity at the analogous prototypical welfare mother.
“These lazy free loaders don’t want to work”
I remember how he pretended to be a “self made man”—at the age of just 18. But in reality, he was born into a golden cradle, and fed—by the live-in nanny—with 24k golden utensils.
Like the sanctimonious—closet homosexual—priest, who condemns homosexuality, I remember how he incessantly projected his own ignominious lackadaisical disposition onto all of the destitute.
“they want handouts, and wealth distribution so they can sit on their asses”
“Socialists!”
“Communists”
“Fascists”
(Blah blah blah. . You’ve heard all the rhetoric and epithets before)
Decades later, after taking over the family construction business and becoming a self proclaimed “entrepreneur”, Mr. Galt became even more disgusted with egalitarianism and the welfare state.
Indeed, he did not inherit the family fortune just so he could be excessively taxed on his “hard earned” riches.
And so he helped to foster “the tycoon rebellion”, an uprising of the so called “productive class”. The revolt was supposedly composed of creators, philosophers, and inventors, but in actuality it was merely the fortunate sons, stock jobbers, wall street crooks, charlatan merchants, and real estate investors, who were all masquerading as the former.
“We are the backbone of society, and we carry the weight of the world on our shoulders, lower our taxes or else. . . ”
But the revolution was fleeting, and it quickly became aware that this was simply group of well-to-do businessmen—who were pretending to be innovators like Henry Ford and Thomas Edison.
Galt himself, was about as innovative and unique as his first name (and the reductio ad Hitlerum arguments he used), and it was just the same with all of the other adherents of the anti-collective-collective. They had not produced or created anything other that their rags to riches myth.
Contrary to the fallacy propagated by the affluent John (Oedipus) Galt and his true believer disciples, the genuine creators were often the ones who were impecunious and languishing in obscurity—as no one understood their outlandish theories and propositions.
Using fear tactics, the Galt-cult hoped to scare the people into “voting more responsibly,” which essentially meant protecting the interests of the plutocrats. If the people chose to to not yield, and the suffrage of women, blacks, and the poor, resulted is a desire for agrarian redistribution, then the indolent magnates would fulfill their promise to deliberately crash the economy.
Fortunately the nefarious scheme did not work. The people knew that the threat of “shutting off the motor of the world” was based on the false premise that the fat cats were the ones in possession of the key.