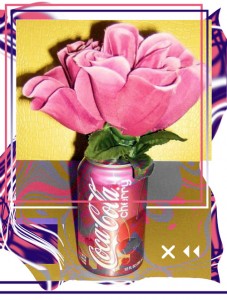 Love, et al.
by Nicholas Su
So I’ve been holding out for the longest time on writing these words, out of respect for myself and respect for you. Me, because I needed to show myself that you, the physical you, in your tangible and sentient being, are a thing of the past, and I needed to prove that it wasn’t just another hallucination or backwards promise. And for you, because an article written the night after an earthquake is just “the news”, but a study performed a year later on the local devastation that it causes is a work of formal, “academic,” analysis, and somewhat closer to the “truth,” if you still believe a thing like that exists.
These days, when I enter a room and start to write, I make sure to keep at least keep a foot on the door in case the room starts to spontaneously collapse, because that’s just how love is. Sometimes it’s like hiking up a large mountain, difficult and slow, and when you get to the top you can see farther than you’ve ever seen before. Sometimes it’s like diving down a rabbit hole, searching for a wonderland in the wet and earthy darkness. Sometimes it’s both, but in either case when the ground starts to shake you know you’re in serious trouble.
I’ve told you that love was like a lot of things, and it troubled me for the longest time because close to none of what I said was true. I’ve cited books that I’ve never read, places that I’ve yet to be, all the sights and sounds that make poor fiction, just to tell you this good lie. I’ve claimed to feel the quaking of the earth when before me was only the shaking nervousness in my knees. And for the longest time, I couldn’t accept why every, single, story I wrote somehow wound its way back to you. It was frustrating at times, infuriating even, to know that you were my reference and main source for every single publication.
And you see, this whole time I’d been working on my theory of why love is what it is, how one moment of ill-decision can shake down a house built on a years-worth of memories. It was a nit-picky theory about why that first love didn’t work out, so meticulous that I gave up and put it on the top shelf of my tallest mental cabinet. I took a sabbatical to think about the other things, and left your story there, forgotten.
Then one day the ground started to shake, and there was crashing sound at the back of the room. I ran back in just in time to see the cabinet collapse, strewing papers across the floor. I went to pick them up and started reading the jumbled up papers, not just of you, but everyone else I’ve cited by memory. And I realized that I had it all wrong, this thing about love and its ways, because for the last time, I’m going to tell you what love is.
It’s a word that we are told, but beneath that word, an idea that we slowly come to understand, written by former strangers that wanted to tell us all these new secrets that we’ve never heard before. It’s an unfinished paper constantly written not by us, but for us, teaching us at every moment not just what love is, but how love is. And even though you may someday join that society of future strangers to me, you’ll definitely still be first author on my book.