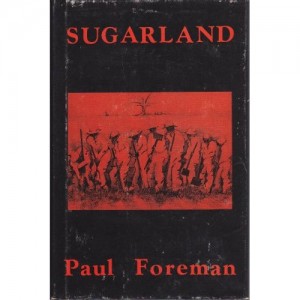 Paul Foreman, a native of Granbury, Texas, and a graduate of the University of California at Berkeley, began his literary career in the winter of 1970 with the publication of Hyperion, a poetry journal co-edited with his wife, poet Foster Robertson, and friend Judy Hogan. In 1971, Foreman, a writer himself, founded Thorp Springs Press (TSP) in Berkeley to provide an outlet for unpublished writers. While Foreman welcomed unsolicited submissions, he sought contributions from writers he admired and respected that might otherwise never make it into print. Foreman initially focused on publishing poetry, fiction, and drama, but over time branched out to publish essays, historical correspondence, and translations. As a Texan, Foreman championed the work of Texas writers and their unique literary sensibilities.
During TSP’s two decades of operation, Foreman relied upon a community of friends and acquaintances from California, Texas, and across the country. This network of authors, small press publishers, and magazine editors helped him sell TSP books to independent bookstores, advertise TSP publications, and discover new writers outside the San Francisco Bay area. Foreman’s dedication to this community lead to his involvement with COSMEP, the Committee of Small Magazine Editors and Publishers, a formal organization of small presses. Foreman presided as Chair of the Committee from September 1978 to late 1979.
Foreman’s biggest success as a publisher came in 1974 with the publication of The Grassman: a Novel by California writer Len Fulton. (Fulton continues to operate his own press, Dustbooks, which publishes The International Directory of Little Magazines and Small Presses as well as other small press publications.) Other notable TSP titles include The New Populism by 1976 Presidential candidate Fred R. Harris, Goliah: a Utopian Essay by Jack London, Letters from the Hill Country: the Correspondence between Rebekah and Lyndon Baines Johnson, and Foreman’s own Sugarland.
In 1976, Foreman made several attempts to get funding from the National Endowment for the Arts and applied to the federal government to declare TSP a non-profit organization. While the press eventually received several thousand dollars from both state and federal agencies, non-profit status was never granted. TSP remained in Berkeley until the spring of 1978 when Foreman and family moved to Austin, Texas. In 1979, Foreman opened the Brazos Book Shop which carried mostly small press publications. In Austin, Foreman continued his involvement in the small press community, staging poetry readings, organizing workshops, and speaking about his work as a writer and small press publisher.
After publishing nearly 100 books and journals, Foreman closed the Brazos Book Shop, and TSP ceased operations during the early 1990s.