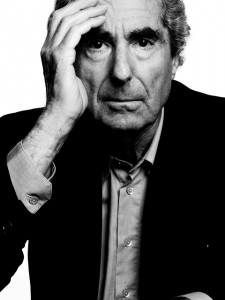 Philip Roth & Mel Brooks Swap Stories, Talk Jewish Writers On PBS Panel: TCA
Two venerable creative forces held journalists enthralled for more than an hour and a half – no easy task – at today’s TCA PBS panel. Novelist Philip Roth, who turns 80 in March, and Mel Brooks, 86, are both subjects of upcoming American Masters documentaries this year (Philip Roth: Unmasked premieres March 29 and Mel Brooks: Make a Noise premieres May 20).
Mel Brooks showed up late, so the session began with Roth, speaking via satellite. Introducing the two artists, American Masters series creator and executive producer Susan Lacey said that the Roth documentary is the first film biography of Roth.
The two men spoke separately, but both addressed the issue of whether or not they considered themselves “Jewish” writers. Both said no. “I don’t write in Jewish, I write in American,” Roth said. He said he considers himself a “regionalist” when it comes to his work. “Bellow and Faulkner were regionalists, they write about the place they come from. So did Joyce,” said Roth. “I write about the locale I come from, and that particular locale was full of Jews, including me and my family.”
Read the full article here.