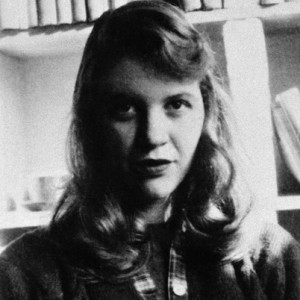 Sylvia Plath: reflections on her legacy

The Bell Jar was published less than a month before Sylvia Plath killed herself on 11 February 1963. To mark the 50th anniversary of her death, writers and poets reflect on what her work means to them.
Sharon Olds:
When I think of The Bell Jar, I see the basement of the house I grew up in – the furnace, the area behind the furnace (dust, grit, and a wall of dirt – the earth, right there in the basement). The despair in the book was not like anything I remembered having felt, but while I was reading The Bell Jar my mind’s eye set that part of the novel right there at home.
When I think of Sylvia Plath, I am in awe of her intelligence, her language, her wit, her consonantal music – her sheer gift, and what must have been her drive, as its guardian, possessor, possessee, to realise it.
The suffering of those who take their own lives seems to me to be unimaginable to some of us – a terrifying and heartbreaking thought, how much worse their psychic pain must have been than anything one has oneself experienced. I remember my next-door-apartment neighbor knocking on my door, when I was about 31 – my kids were maybe five and two. She said something like, “Anne Sexton is dead – she’s done it too,” and some floor of some world seemed to fall away from under us, and keep falling and falling. We stood there for a while, looking at each other.
At that time I was reading Muriel Rukeyser, Gwendolyn Brooks, Ruth Stone. I was a bit afraid of Plath – her genius, and her suffering. I was beginning to write a lot – my first book would come out when I was 37. And even though I had stayed away from her poems, out of a sort of dread of her fate and many women’s fate, my debt to Plath is incalculable: her fierceness and originality and embodiment of family passions had been long and powerfully present when I began to write the poems of my adult life.
My students at New York University love her work. I look at them and remember she was only 30 when she died. I tell them to talk back to any inner voices they may hear saying mean things about them. I tell them their lives are a treasure to us all. I tell them to take their vitamins.
Sharon Olds won the 2012 TS Eliot prize for The Stag’s Leap (Jonathan Cape)
See what other writers had to say.

0 thoughts on “Writers reflect on Plath 50 years after her death.”