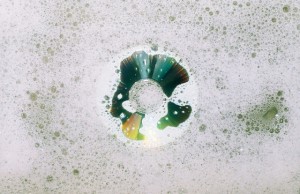 60 Meaningful Gauloises, Donderbuss Cavalry, Alfalpha Male, (persiflage poète mauditry),
and ’30 Days To A More Powerful Vocabulary’ while listening to the Hanna Barbarians
by Quasimofo
“If people think nature is their friend, then they sure don’t need an enemy.”
—Kurt Vonnegut—
There’s a pair of dimes in a paradigm
making you feel like a rodeo clown
at a roller derby but if all we want is change
for change’s sake we should go to a Coinstar.

Artvark is the creative animal impulse
in this goddamned Götterdämmerung
where we don’t think things thru
for fear of moving past
the middle ground where all
truth lies.

we row tow sew
our con strict er boa
gently off the cliff
clanging barometers
with troubadour pompadour
meteorologists and find
that dealing with what is
is
easier than predicting
how it should be.

i’m an unctuous monomania
somnambulist honing
my skills at home
either finding
something
to
bitch
about or
feel good about in
this onclothesline university
saying one side’s bad as the other.

The primitive camping site is not for smartasses dressing up like Stone Age
hunter gatherers decked-out in designer bearskin pj’s dancing round fires barefoot
and clubbin’ ol’ school on the Raquel Welches.
Go yell it and tell it on a mountain,
meet singles canoeing down the same river you’re sold,
skydive nude in freefall free-for-all intercourse, birdwatch in the bewilderness.

Stanza of interjected cloaking literary device
[Instructions–put your frapucino down, left click and drag]:
It was awkward enough
being at my girlfriend’s
house when her husband
came up to me in private
asking of my intentions
with his wife.
“Oh, I plan to whisk
her away to the
mackeral canneries
of Alaska and make
her my snow queen.”
He laughed his ass
off and handed me
a beer.

*When the poet undertakes a writing endeavor you must remember to have fun.
But don’t mention you wrote the poem in nothing but your Sailor Moon panties
while eating white chocolate covered strawberries and applying Rogaine for chest hair.

i once gave Lawrence Ferlinghetti and Monica Bellucci
rides on my glow in the dark Vespa
motorscooter
27 blocks outta town that fateful night
Arcade Fire won a Grammy
and all the Hipsters of Brooklyn rioted from joy.
–I’ve never seen so many tight cuordoroy pants
and crocheted Kingston Caps in my life!

Nunneries are prime purchasers of batteries.
Yes, they truly worship a higher power source.
Yet let’s end this nun punnery with some poetic shotgunnery
that vaguely relates to the title and may give the reader a mental memen toe tag:
A. The lesser men are the leasers.
or
B. We are all PopRocks cracklin’ in a moist twat.
or
C. From sea to shining Cici’s Pizza, a bomb shelter is not just for…