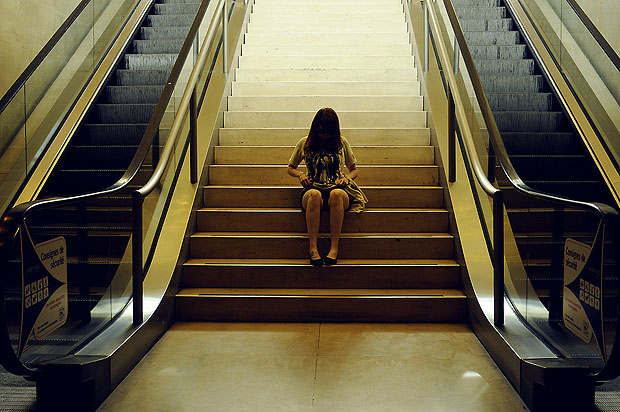 Things which hurt in nearly a year
by Hannah Troughton
October. Michael asks if we can still go to dinner on Wednesday nights. I say yes.
August. I fuck a man; his name is not Michael. I stare at a woman’s photograph on the mantle beside
a framed one of their two children.
June. I scowl at the sun. Dewdrops roll down my cheeks, nestling into crevices of plum stained lips.
December. I forget my brother’s birthday. I almost forget
where he is buried.
March. I hold my palm over Paloma’s hand, showing her how to slice
a zucchini, fresh from the Gardener’s Market. Blood trickles
from a four-year-old’s ring finger.
November. I don’t cry when my mother gets on a plane home to California. Her frail, thin fingers wave me away
as I stare at a 757 sauntering
along the moonlit asphalt.
April. My right foot steps over
a tulip sprouting through
the cracked cement on Center Street. My left nearly lands on
letting go of a married man.
July. I call my sister on her birthday. My words are slurred.
I hang up long
after the line is dead.
January. I interrupt a snowflake’s drift. I don’t let winter sing
its cold, soft song to me in the spiders laced shadows that dance upon our bedroom wall.
September. I forget May marked
six months since Michael hadn’t hit me.
Febuary. I stain his sheets. I spoil the milk. I sleep in too long.
I’m still in his bed. I miss three calls from Mike. It’s only 8 a.m.

0 thoughts on “Things which hurt in nearly a year”