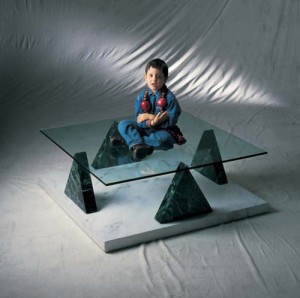 The Boy’s Skin
by Kate LaDew
The boy’s skin was very pale. Arms turned down, thin strips of black wrapped around, mapping where the skin didn’t meet. He was very handsome and Murmur was glad. It was so much more romantic when beautiful people died. The lips looked white, burned and raw. Her father said the boy vomited continuously from the bleach. Murmur wondered if it turned his blood white, spread, making all but the marks on his arms like snow.
“A waste of life,” her father said. “Maybe he had talent too, Murmur.”
Murmur was sure he did. It was always the saddest people who had talent.
Her father was a coroner and sad most of the time, thought everybody died young. He named her Murmur when his wife was asleep from the drugs. Sometimes, she still was. Murmur’s father believed it a very beautiful name, read a long time before it was the most fragile word in the English language.
Murmur felt she ought to be something because of her name. She wanted to do it quick too, before she got old and couldn’t die young anymore. Dying wasn’t so bad, she thought. Dying young was the most noble thing you could do. Gave people motivation. They wanted to do everything you didn’t have time to.
Her father wasn’t supposed to let people view someone they didn’t know, but it was a dark night and no one alive was around.
“See,” her father said. “See.”
Murmur did see and was sad. The boy’s eyes were open. Faded. The silver of the gurney stabbing lights in the pupils. She wondered if anything had been lost. What had been meant. The white made her skin feel tight, her father’s hand on her shoulder a weight too close. The boy would give her dreams. Dreams she’d spend whole nights waking up from.
Falling into a dream was always an unpleasant sensation for Murmur. She’d often feared the real world would never return, leaving her floating somewhere with no up and down, no right and wrong, only hazy memories amounting to nothing. It was only when she woke up that the dream seemed preferable, easy and safe. It took her a few hours to resign herself again, to forget what relief she’d given up by opening her eyes.
“I wanted you to see the difference,” her father said suddenly. The dark made everything sudden. “The difference between you.”
Murmur’s palm stretched over her heart like struts. Arms tingled cold, thin blue veins crossing and uncrossing, tendons sharp and white.
***
When she closed her eyes that night the boy was everywhere, sheets curled around her like thin strips of black.
“Murmur,” her father called. “Murmur, wake up.” The dark of his body deepened under the door, steps weighing the floor down. “You’re okay, Murmur. Wake up.”
It was all so familiar now. Her eyes had given up long ago, only touch and temperature within her grasp. She wondered suddenly, in the dark, why the boy bothered drinking bleach. Why he let himself die twice, a redundancy of pain. It didn’t take much for people to die. It never took much at all.
Her head nodded involuntarily at her father’s entering, a sliver of light running across the bed, clutching the shadows of her shape. The mattress fell into its worn spaces, grooves of cotton like climbing holds.
It was all about waiting. Finding a focus that blurred the edges of her vision. The boy. A fresh snow fall sinking deep within him. Silver stretches of cold underneath the slashes of black. Eyes frozen, mirrors, lights flashing pale on the surface. It was all about waiting.
Murmur struggled, tangled in sheets like hands, feeling the rhythm of her heart under the skin. He was heavy and suffocating, moisture sliding down the veins of her arms. Hair jagged against her face, slicing smears of sweat across her forehead. The room inhaled and exhaled her father’s heaving, a confederate, shutting out sounds, protecting the rest of the house. It wasn’t over until his hand released her mouth, clammy and shaking. With her skin stretched tight, Murmur waited for the seam to break, maps forming in red and white, a legend tearing in her eyes. She was a Kirlian phantom, split in two.
Murmur watched the door close, the weight retreat, her body littered with fingerprints, depressions molded into her form. It was decided. She would give people dreams. Someday soon, a slab of white on a silver sheet, a map to see the difference. It didn’t take much to die. It was all about waiting. Someday soon, a snow spreading through her, her father watching, the only one alive around. Murmur would give him dreams he couldn’t wake up from.

0 thoughts on “The Boy's Skin”