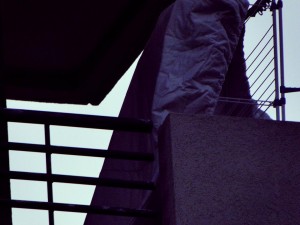 after the deer
by Purdey Kreiden
after the deer
nothing appeared
so what we wanted was to slap each other with paint on our hands
and take pictures of the black planet in the lake while we would draw circles
and lines with our dead fingers
on our deer leg
the left one i guess and maybe some prayers to inhale
and walk around the city at night wearing the same dress,
my twin gets a blow job while i spit on his neck
and
my sister is dead
i’m sorry yes i did it yes it’sss it’sss it’sss true
IT WAS ME ME ME
he was my sister and now he’s dead
or am i,
MY TWIN SISSSTER IS AWAY ON VACATION SIR
no he’s dead
my deer sister is a hole in my head
someone painted you before he said
and stood still while i voraciously ate his nearly translucent face
small sperms dropped as rain, shirley coming down a hill
he is wearing one of my dresses,
my twin dismembered me and repeatedly asked
where is daddy?
his heart transparent like a fox from a colouring book
after the deer
nothing appeared
back when we were a siamese kid one night we fell asleep
and i woke up in the lake and he woke up on the grass and we didn’t know
which part was me and which part was he, and we tried to glue our bodies back
and boiled our hands on the lake’s saliva
we used liquid glue and scissors too;
i followed him carefully that night i didn’t want him to get hurt by anybody
someone tried to draw him apart, behind the sheet of a pink candies seller,
he was such a pretty little girl in spite of the layers of rancid butter
covering up his face,
it’s our birthday !
he cried, then jumped off the balcony
shirley cried our cat’s name in my death death ear;
on a vague morning i watched him sucking roses
we are here now. describe the next dream we have
my twin sister sat on my face
have we been drinking dusk he asked
a colour pencil line crossing his face, i did it because it was dark
we would spread larvae on our chests and put blood everywhere we wanted
we were naked children banging hard against our father’s wooden door and now we are saints-

0 thoughts on “after the deer”