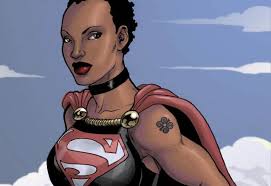 From The Non-Adventures of Invisible Girl: The Power of Invisibility
by DIY Danna
“I’m gonna tell you a secret about this culture: Women have all the power.”
So began the words of wisdom my ex-friend with benefits bestowed upon me to cut off benefits, or how he failed to see what was really right in front of him for years: a powerful kindred spirit in female form.
He talks about feminism and chauvinism, culture and the matrix, thinking he’s above it all, but as I fly above our bodies, in the ether above the chair he uses to cushion the blow of words, then hovering in the air an hour later, above the parking lot where I see him as a mere mortal disguised as a super man.  Once again, this man tells me what he thinks I am and what he thinks I am not, and calls it “truth”.  I know he’s stuck in the same world he talks about, but refuses to rise above the vision stuck in his head that isn’t really seeing me.
Then I hear Black Flag’s “Rise Above” playing.  (He can’t hear it, of course, because he doesn’t have the power of super hearing.)
Maybe giving him way too much time to think alone about not trying to super fuck me anymore is one of the side effects of to my power of invisibility.  I definitely held back a little, all those times, not to overwhelm him.  And Invisible Girls have things to do when boys who thinks they’re super men and that she’s just a girl start telling her everything he thinks she’s not…
When a boy like him doesn’t think a girl like me is visible, let alone extraordinary, an Invisible Girl like me doesn’t point out what makes her extraordinary.  That would be showing off, being irresponsible with my super power. We all know what the uncle said to his nephew about responsibility in that one superhero movie.
I know it’s superhero cliche, but I decided to keep my cloak on for a while longer with him, to continue wearing the burden of not being detectable as his soul mate for fear of losing my secret identity.  (Invisible ladies, we all know sometimes it takes years for us to reveal our awesome selves, and not just to anyone.)
I showed him and told him I loved him while wearing the cloak, but he wasn’t looking, or listening.  He says he’s a three-dimensional man, and the written word is a two-dimensional wall. I still loved him, even though he is wrong about words, and the shapes they make, sometimes as weapons, sometimes as living things, and occasionally, (or some critics would claim, rarely), words take an immortal shape.  Those three words I spoke are never going to die, but he didn’t accept them as a living, breathing, three-dimensional being.  To him, I was just another girl, invisible–not the Invisible Girl.
Those few words of love perished quickly in his mind, looking at just another girl, not seeing the one… I let the remaining words I wrote and spoke fall flat, because why reveal your secret identity, why show off to someone who will never really see you as “the one”?  (My words, not his, but he never took the hint.)
I blame watching too much TV, and not enough seeing the reality of me being there, in that chair and in that parking lot, in those moments.  I was really there, and I wasn’t afraid of falling in love anymore, because now I had the power to fly…and the power to choose, to be visible again.
Knowing he was wrong about my particular power gave me strength, letting him think he was right, gave me strength.  He didn’t know me or that every girl and woman is different, we have different powers and super powers.  Because he thinks he has seen everything and every girl he needs to see, before he sees “the girl” (his words, not mine), but he never really cared to see the woman in me.
But I can’t blame him entirely for using me and not seeing me, the woman, because I was busy being Invisible Girl.  What I thought was my super power became a weakness. Being invisible means feeling invincible, and letting the person who doesn’t really see you also doesn’t let the person see that you can be hurt.
I won’t waste my super powers trying to invisibly save his life anymore, pretending it doesn’t hurt.  Even superheroes, superheroines, or whatever the gender binary powers that be choose to call us, feel pain. We may act like super humans, but take away the super…
But I won’t bore you anymore with this chapter.  I’m more eager to read another super woman’s invisible story, disguised as prose.
In the meanwhile, I will begin to write my next chapter, all about my fearless non-adventure of being a visible woman to the meme free man, willing and able to visibly stare into my powerful, 3-D lens,  to see the quintessential dimension.  We’ll live there together, someday.

0 thoughts on “From The Non-Adventures of Invisible Girl: The Power of Invisibility”