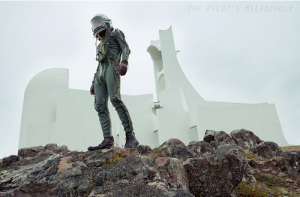 When at the Edge of the Cliff, Don’t Necessarily Jump
by j/j hastain
After many weeks of carving messages to my Beloved into the globe that my Grandpa gave me, I held it while standing at the edge of a cliff.
Should I jump off of this cliff, rondure in hand? No, not yet and not this way; this cliff is not tall enough.
Instead I passionately threw my grandfather’s engraved globe over the edge and watched it bounce as it sunk down the side of the mountain, banging trees and interrupting birds with its lovely and relieving havoc.
Though nowhere near it in my own body yet, I knew joy in that moment. I knew it as something to be harvested, to require exertion (at times) in order to pull it out: like a crop.
The night when I threw the globe over the cliff’s edge I inhaled meringue powder like a drug, and then dreamed of a strange lake that joins the sea by the sea swelling uphill to the lake. In this lake/sea jointure a sleeping boy died in the tides. He was being sloshed around there: the bronze boy, and I recognized him as a boi, a queer gender not too unlike myself.
I saw him kept there through many seasons: slosh as a citizenry of death.
A long time later he sat up from within the slosh, his partially decayed body emitting a vibrancy that could only come from having populated a space beyond death.

0 thoughts on “When at the Edge of the Cliff, Don’t Necessarily Jump”