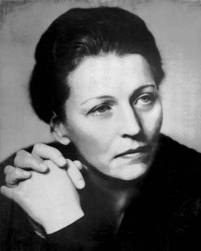 A Pearl Buck Novel, New After 4 Decades
Forty years after being written, an unpublished novel by Pearl S. Buck, the Nobel laureate and Pulitzer Prize-winning novelist, will be released this fall, her publisher said on Tuesday.
The manuscript was stumbled upon in a storage unit in Texas and returned to the Buck family in December in exchange for a small fee, said Jane Friedman, the chief executive of Open Road Integrated Media, the publisher.
Buck, the first American woman to win the Nobel Prize in Literature, is believed to have completed the manuscript for the book, “The Eternal Wonder,” shortly before she died of cancer in 1973, said her son Edgar S. Walsh, who manages her literary estate.
Read the entire article here.