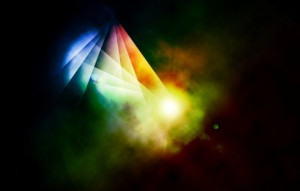 I Pull The Lights And You’re Dusted
by Matt Ronquillo
My legs crushed into Port 2 with a painless crack, and I shot off toward the next one. I flew street-level across the empty city. It looked like Jakarta without all the people and the trash.
Bang–I hit Port 3.
The knees blew out. I tumbled through a brick wall and fell into a dungeon where the black metallic man made of mechanical parts thrashed in schizophrenic laughing convulsions on the floor. I crawled toward him all shattered, and I told him I missed somebody.
He said ‘That’s the answer to the puzzle of the city and congratulations, you just beat out everyone else. I was getting really bored in here.”
“Beat who at what? For what?”
“You look like you’ve been flying around here so long you forgot it was a tournament.”
I moaned. “I was looking for Houston Susan. Is she the prize?”
“Who? Fella, you’ve just won the Google Glass Shoot Your Own POV Video competition sponsored by PornHub. You get your pick of one of the website’s models and then you and her upload your video. Whoever’s video gets top rated among the different tournament winners gets The Grand Prize.”
I went, “What? But I just want–”
He clanged, “I think Alexis Texas is available. Is that who you meant?”
“No.”
I stood on broken legs and pulled myself up back through the dungeon hole where I’d blasted through the mortar. I limped behind a dumpster as the city woke up with confetti and parties. A roving mob was looking for me to say “Well done,” with their noisemakers going cha cha cha, “You’ve won!”
I fell into an alley and covered myself with newly-arrived trash and killed my Nav guide as the hoard crashed by and passed. One of the tracker operator’s faces hovered over me, and it asked me if I was OK, and I said, “I don’t know. No.”
The operator looked all freaked out and said, “Let’s get him out of here. Get him the fuck out of here,” which meant my voice was not coming through like I intended it, and he had heard whatever was really crawling around behind me.
The inability to communicate was more crushing than the broken knees. I had taken my able body and sexified verbal cooing abilities for granted. Now I was in pretty serious disability trouble. Now I wasn’t going to be able to say what I meant if I ever got reunited with– It didn’t matter. I was just a thrashed up freak now, so I tried not to cry, but I did it face down into the pavement anyway, sort of laughing.
Then I felt those hands. I remembered the way they’d hold my torso and shoulder at the same time. Now they flipped me over roughly. Plastic cups and newspapers flew lightly into the alley wall. I saw her grinning teeth through a dark-profiled silhouette with a corona of soft blonde hair. The face cascaded down and across her right cheek as I raised my head and felt an extrasensory pull at my neck.
“Wait. I can’t remember your face. Please, just let me see your face.”
The waterfall of it kept flowing away and was getting replaced by a room packed with people sitting rigidly forward and staring, and I finally heard my own neck pop from lurching it so far to the right. I peered through blurry wet into a monitor or something that was facing me and casting a reflection. I stared into it bitterly over how clearly yet strangely the whole thing had to end on a perfect, cliché image like this.

0 thoughts on “I Pull The Lights And You’re Dusted”