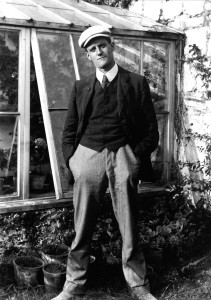 James Joyce’s ‘last undiscovered’ collection to be published
A small Irish press is publishing what it is calling “almost certainly the last undiscovered title by James Joyce” – 10 short pieces by the author, written six months after he completed Ulysses – igniting a row over the author’s intentions.
Penned by Joyce in 1923, and described by the author as “epiclets”, the pieces range from vignettes or sketches to more substantial short stories or fables, said Ithys Press, which publishes the work as Finn’s Hotel this weekend – just in time for Bloomsday, the annual global celebration on 16 June of Joyce’s masterpiece, Ulysses.
The majority of the stories were discovered decades ago, and included in A First-Draft Version of Finnegans Wake, edited by David Hayman, in 1963.
But scholar Danis Rose, who has edited and arranged Finn’s Hotel for Ithys, believes this is a “misunderstanding”, and argues that the work is distinct in itself – if abandoned by Joyce – and not just a draft of Finnegans Wake, which was published in 1939.
Read the entire article here.