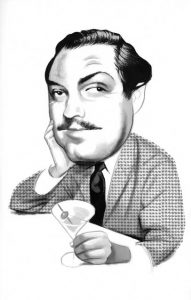 Hart Crane is celebrated as one of the most influential poets of the twentieth century, his style of expressionistic optimism heavily inspired by the work of T. S. Eliot. Yet Crane is also one of literary history’s most tragic heroes. Grappling with his homosexuality in an era when assurance that it gets better was decades away, he took his own life at the age of 32 by jumping overboard into the Gulf of Mexico in 1932 after being beaten for making sexual advances to a male crew member aboard the Orizaba steamship. His body was never recovered but his legacy endures.
Hardly can anyone make Crane’s spirit spring alive more powerfully than beloved playwright Tennessee Williams, who fell in love with Crane’s poetry at a young age and who in the last years of his life created a play based on Crane’s relationship with his mother. In these beautiful recordings from the vinyl LP Tennessee Williams Reads Hart Crane, Williams brings to life two of Crane’s most stirring poems, found in The Complete Poems of Hart Crane (public library).
Go here to listen to the recordings.