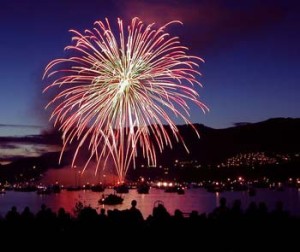 A Special Day for the Birthday Girl
by Kenneth Sibbett
The first night she slept outdoors, homeless, she was 43 years old. She awakened to find a thief had stolen all her possessions, including her last $20. But far worse, her pocketbook, with the only pictures left of her beloved husband and daughter were also gone. A week later, she was raped for the first time. Taken to the hospital, the detectives, after learning she was homeless, put her case on the back-burner. They were far too busy to waste time on a case where the woman probably brought it on herself, by being homeless and sleeping around outdoors.
She is now 72, but feels ninety. When the do-gooder’s come to try and help her find a place to live, she hides. She is at home being homeless. The idea of sleeping in a warm house scared her. What if it caught fire? She would not want to die like that. She liked her little space in the alley because it was her space, and no one could harm her, not in her space. She plundered now through the very garbage bins she used to put garbage in, when she worked at Denny’s, so many, many, years ago. It is now Bob’s Burger Joint, and when they throw out leftovers, every night, after midnight, she eats well, if the men do not beat her to it.
She is still very proud, and at the end of every year, when New Year’s Day arrives, the excitement builds. This is still her special day. When the city has their annual, New Year’s Day Parade, she stands and watches, as the bands march by, and play patriotic music. The beautiful people, on the beautiful floats, throw candy. She never fails to grabs a few pieces for later. Someone usually discards one of the small, plastic American Flags, which she picks up and waves to the beat of the band. At night, when the fireworks are shot into darkened skies, the rockets explode into big, beautiful, bright colors, and light up the world.
But, it is the end, the very ending of the show, she eagerly awaits. It is then, that she is given her ‘special birthday present’, again. Every year, without fail, the very last rockets exploding in the sky, are red, white, and blue, the most beautiful colors in the world to the old woman. They are shot higher than the others, and it seems as if our flag, our American flag, is suspended in time, for an eternity, over the lake. The old woman, who was born on New Year’s Day cries, not out of sadness, but pride. As the colors fall, and slowly mix together, the American flag becomes a myriad of colors, and the old woman, without fail, just as her family had done all those years ago, on her “special day”, salutes. She always salutes the American Flag, with a lump in her throat, and a tear in her eye.

0 thoughts on “A Special Day for the Birthday Girl”