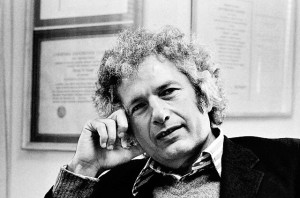 A previously unseen short story by Catch-22 writer Joseph Heller about the stabbing of a white man and a southern community’s racist desire for revenge is to be published by US magazine the Strand this week.

“Almost Like Christmas” is a bleak short story concerning a fight – with “the primordial brutality of an alley fracas” – which leaves a white man in a coma and a young black man, Jess Calgary, as the prime suspect. A teacher called Carter must persuade Calgary to come in for questioning.

Andrew Gulli, managing editor of the Strand, who has previously unearthed little-known works by authors such as Mark Twain, Graham Greene, Agatha Christie and PG Wodehouse, said: “Heller was to a large extent a guy who saw through hypocrisy, greed, and the backward nature of a mob better than most writers – so it’s no wonder that he turned his pen to a racist mob in a small southern town.”