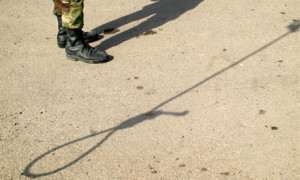 He reflects back upon a time when he was just a lad, his parents used to take him to the city to witness the public executions. With his lucid, unshakeable memory, he recounts the pungent smell of charred flesh and the bloodcurdling cries of the condemned–some of whom vehemently professed their innocence until their last dying breath.

Ironically, he did not find this experience disconcerting. In fact, on the contrary, he was captivated. But Gasper Cruz was about to witness an execution the likes of which he had never seen before.

Notwithstanding the consent of the citizenry, many of the townspeople were aware of the fact that the ecclesiastical tribunal was a sham, and that the most of heretics in question were merely scientists and philosophers–postulating and conjecturing outlandish ideas which contradicted the holy scripture. But all, with the exception of a few audacious dissidents, remained predictably mum–for fear that they too would pay the costly price for speaking out.

Gasper was by no means unique as a child, he wholeheartedly endorsed the expurgation movement. When witnessing the public spectacle he was not concerned with guilt or innocence, for he was raised by a prominent dignitary of the church who instilled in him a fervent conviction that all non-believers–who repudiated the atonement–should be summarily executed.

Rewind ten years and Gasper is among the bloodlusting mob with rotten eggs, spoiled fruit, and moldy vegetables in hand, and he is eagerly helping to hurl them at the condemned.

“Roast the blasphemer!” The crowd jeered with jubilation.

Gasper, standing in the front row, briefly locks eyes with the accused as the black-hooded executioner is about to set him ablaze.

“I am innocent,” mutters the hapless elderly man.

“Not in the eyes of god,” Gasper aptly responds.

Unbeknownst to Gasper, the elderly man–who’s sizzled body now lay motionless–was actually a cleric, and was summoned before the inquisition because he speculated that the earth may be far older than a few thousand years. But Gasper and the assemblage of true believers didn’t really care. The prevailing sentiment among the throng was that he wouldn’t have been convicted of heresy if he hadn’t done something wrong.

A decade later and Gasper now has a front row ticket to witness the execution of a man who he knows all to well. A man who Gasper knew was man of faith, a man of the cloth, a conscientious acolyte. But unfortunately, he was also a man in possession of a cutting-edge piece of technology, given to him by his cousin from Pisa, which could reveal the truth about celestial spheres. Ptolemy was wrong, so was the geocentric paradigm, and he was using his new concentric apparatus to share this newfound wisdom to the people of the community. Unfortunately, the consensus was that one could not be a man of god and a man of science, science and god were mutually exclusive. Consequently the man was to be erroneously decried as an apostate by the zealous clergy and subsequently sentenced to death.

“Burn him,” The crowd shouts

“Nonbelievers shall pay with their blood.”

This would seem like deja vu, only now he has a fist person perspective. Gasper insists that he is a fervent believer in christ while the indifferent executioner binds his hands and feet to the mammoth sized stake in the ground. Was this karma he wonders.

Hopefully he will quickly die of carbon monoxide he hopes before gazing out at the contentious mob.

Of the men and women who he eagerly watched being tortured and executed, how many were innocent like him, he muses, then bellows.

“I am a believer in christ,”

But Gaspers cries fell on deaf ears and the insouciant crowd began chanting with even greater vengeful indignation.