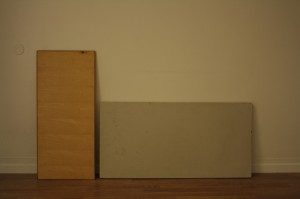 Analies had always been anxious in the dark – an electrically charged, perhaps misplaced, anticipation enveloped her whenever, wherever light was lacking. Even now, aged sixty-three, she felt that same anxiety congeal inside her, in the pit of her stomach, hardening and expanding upwards through her oesophagus and into her mouth – escaping as a quiver of breath into the veil of gloom that surrounded her. Dancing shadows tricked her eyes, prickling her senses with a burning anticipation, scolding her sanity, and enflaming her mind with one thought so heavy it crushed all other fledging processes – to peek beneath the bed. Pulling the bed sheets off and stepping out, bare foot onto the carpeted floor in one fluid movement, she knelt, hands clasped in prayer, eyes shut. A few seconds passed before eventually, trembling she peered into the deep black space beneath the bed. Despite her pounding heart, there was no one there.

The next morning Janneke came to visit. Janneke had been a friend of Analies’ since childhood and now in their twilight years had made coffee calls a daily ritual – unlike Analies, she was not so much the eternal spinster, more a retired maneater.

‘Do you remember the story of Mijnheer Korbes?’ Analies asked whilst pouring the coffee.
‘Oh yes, the bogeyman!’ Janneke laughed, ‘children don’t seem so phased by such silliness nowadays.’
‘Too true,’ Analies added, ‘the world has grown cold, kids are rougher, hanging on street corners. An old girl like me needs a man about the place for reassurance.’
‘Why do you ask?’
‘I still check under my bed every night,’ Analies said with a chilling undertone, ‘he’s never there though.’
‘Have you tried the wardrobe?’ Janneke giggled. ‘You’re just lonely love – I think you may be right about needing some male company.’

That night, sat with her back against the headboard, Analies’ eyes were fixed on the wardrobe door. She couldn’t remember leaving it ajar, and yet, it was. Again, the sensation rose inside her, luring her, drawing her out of bed and toward the wardrobe as if she were being pulled by some invisible, hypnotic force – all other thoughts purged from her mind. In stark contrast to her throbbing chest, she opened the door without hesitation to reveal nothing but her clothes shrouded with the shadow of night.

‘It’s a farce,’ Janneke said sternly over coffee the next day, ‘I’m ashamed to admit I even voted for him.’
Her words fell on deaf ears – Analies seemed preoccupied. ‘What’s the matter, love?’
‘I think I’m going to buy another bed.’
‘Is old Korbes worrying you that much?’
‘With two beds I’ll have twice the chance – and when I get him, he’ll have no choice in the matter!’