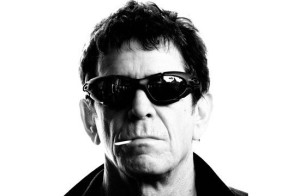 Lou Reed, who founded the influential Velvet Underground and went on to a solo career that spanned decades, died Sunday in Southampton, N.Y., his literary agent confirmed to NBC News. He was 71.

“I regret to confirm that Lou Reed has died from complications following a liver transplant,” his agent Andrew Wylie wrote in an email. Rolling Stone was the first to report the news.

Reed received the transplant in May. Reed’s wife, performance artist Laurie Anderson, said at the time, ” “It’s as serious as it gets. He was dying. You don’t get it for fun.”

The Murder Mystery
by Lou Reed

1. Mister Moonlight
succulent smooth and gorgeous
isn’t it nice
we’re number one and so forth
isn’t it sweet, being unique

2. Mister Muse
fellow of wit and gentry
medieval ruse
filling the shallow and empty
fools that dual, dual in pools

3. Objection! Suffice
Apelike and tactile bassoon
oboeing me, cordon that virus’ section
off—to the left
is what is not right

4. Exit the pig
enter the owl and gorgeous
king on the left,
it on the right and primping
adjusting his nose
as he reads from his scrolls

5. no one nose
no nose is good news and sceneless
extend the wine
drink here a toast to something
ten year old port is perfect in court

6. Razzanatazz
there’s nothing up my shoulder
lust is a must
shaving my heads made me bolder
will you kindly read
what it was i brought three?