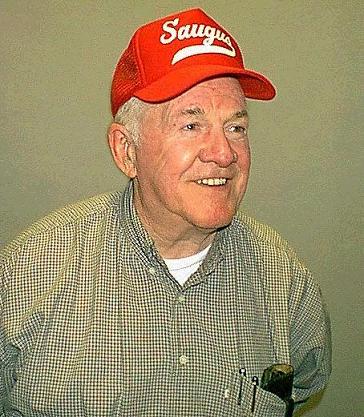 One Prisoner Too Many
by Tom Sheehan

The sound came once more. He stiffened. It was closer. His whole body knew it was closer. It was not just in the hearing. It approached. It made inroads. It said so. The metal toe. The kick. The slash. Ping Too smiling through his teeth. Oh, would Ping have a thirst for amontillado! Oh, were he himself the finest of stone masons, setting Ping Too up for the full sentence; to make an end of my labour, to force the last stone into place; to set the best of mortar, forever.

Caught between the professor and the captain!

In the darkness, in the cell, he had himself convinced to use all his body parts, to get them all into the game. It was the only way to pass time, evade terrors abounding, to keep a thin shred of sanity if nothing else.

Thumb and finger. Thumb and finger. He had them poised, ready to clutch, grasp, snare the vermin dared be caught. If the smallest of the lot trod the ground between those pincers, he’d have an addition to his meal. Perhaps the entrée, though small as it promised. In the pit of darkness, this room with no aperture, no stars allowed, no moon, no haze off the unseen horizon, silence baiting him as always, he could not see thumb and finger. But they were there a perilous distance apart. Then for hours, in the absolute darkness, they were but a whisper apart, a hair’s breadth, and at times his whole arm trembled from the concentration. Sometimes, the length of that side of his body, down to his toes, knew that tremble as arcing electricity, knew the burn it could threaten.

Now, there was another thing…. the toes. Time after time he had tried to master the manipulation, to squeeze a big toe against its neighbor when he felt the vermin at that extremity. Way back in his memory, from an old news film maybe, he could picture a man making baskets; weaving, for god’s sake, baskets out of strips of dried grass, with his toes! Toes like fingers! Toes using a double-edged razor blade to strip the grass into long, slender pieces! A lifetime at it, most likely, and that a likely mental reservation of his own. “I’m due a few,’ he said aloud in the circumscription of the imposed cell.

Would toes be at a greater advantage for vermin catching, them so unsuspecting? Ha! thinking like that! What an attribute for them! Or then, there was that other man he remembered without arms, who typed with his toes, he too in an old film of sorts. Oh, he could see the carriage return sling backwards harsh as a rifle bolt, could hear the bell click on an old L. C. Smith/ Corona, a metal monster with music in its own right, the dumb, inert, potential of great novels, short stories cutting to the quick, poems that could melt him down in their abject simplicity. All from that black giant of quick mechanics. He could hear it again and again, that musical bell, that energy sign. Oh, the short sentences of the typist. Hemingway stuff, stripped down. Adjectives cast alive into the stream. The return bell ringing and ringing. Most likely an A Flat, he’d try to convince himself, though tone deaf. The bull charged. The people ran. Pamplona exploded. A Flat, without doubt.

Then the itch, invariably, would begin at a point on his back he could not reach, and it was arriving again by the clock, perfectly timed in its entrance. At the small of the back, as if in between the cruddy vest remnants he wore, forced on him by the prison captain, and the worn and thin blanket he tried to sleep on, infested no doubt with creatures warmer than he’d ever be again. Bare, the air talking on his skin, his arms, at least the one not shivering, felt the chill, knew it to the bone, trying to be company with the itch.

A shiver, a body’s full shiver every once in a while, the entire course of him, was the most pleasure he might have for hours. It would attest to his total consciousness, his whole being, as much a passage fully memorized and fully realized from his old reading days taking hold of him, finding his soul: It must be understood that neither by word nor deed had I given Fortunato cause to doubt my good will. I continued, as was my wont, to smile in his face, and he did not perceive that my smile now was at the thought of his immolation.

Oh, dear Christ in heaven, he had catapulted now through E.A. Poe to the captain; jailer extraordinary, stick wielder, percussionist, with the long yellow teeth, the sneer and contempt embedded in his face, hatred in-born for America and the mothers of prisoners and the Grand Canyon and a Saturday full of football. The captain, Ping Too, long and fanged and yellow-toothed, with the metal toe on his shoe, just the right one, meant for backs, shoulders, elbows, bone, sinew, body, the very reach and portal of the soul. He did not know if it were Poe or the quickened sound beyond, a noise in the night, like the swagger stick striking on another back, across bare flesh. He and Fortunato, he and the captain, the captain and Fortunato. Where did it end or begin? He could hear his old professor, John Norton, reading the passage, coughing his cigarettes into the paragraph, posing his hand between belt and self, sitting on the edge of his desk, nodding at the words, his voice alive, th
e tower bell ringing at the end of class, May smothering him with trees and the promise of evening.

His voice repeated itself: Caught between the professor and the captain!

It was at him again. The then and the now. Still, he clasped that finger and that thumb, those entities in the darkness, poised, relentless, waiting. Hunger, he realized, would accompany him all the days of his life. Oh, such weariness it could sustain. A being in itself. It would never change. No matter how many times Ping Too kicked him, no matter how many times the stick flashed in the air and he could feel its slash before it hit his skin, the void in his body would reassert itself, the ever-calling vacuum, wanting, needing, crying for food, more food, decent food, one solitary piece of rye bread soft enough for his teeth where he held off the pain. It would do no good to get pain there, in his teeth. If he let it in it would be with him forever. He’d suck it out of his teeth before he’d let it come at him, gnawing its way home, coming like an insidious disease, taking over, controlling, as conscious as breathing. Suck the teeth dry of pain, that was the trick. Call
on perseverance repeatedly. Make it stand-to. A man made demands on his body, on his complete self, the ego and the muscle, the sinew and the thought, the search and the grip. The echo came in the back of his head, even if it had to be that way until the last day. What he feared most was the lack of measurement, the inability of allowing or creating reference points, two points around time, time at the center of two points as distant as stars. There was that hunger for the sight of stars in this room without aperture. That hunger was there like an organ of skin, enveloping.

It was déjà vu, it was a turntable event. The sound came once more. He stiffened. Again. It was closer. Again. His whole body knew it was closer. It was not just in the hearing. It approached. Again. It made inroads. Again. It said so. The metal toe. Again. The kick. Again. The slash. Again. Ping Too smiling through his teeth. All over again. Oh, would Ping have a thirst for amontillado! Oh, were he himself the finest of stone masons, setting Ping Too up for the full sentence; to make an end of my labour, to force the last stone into place; to set the best of mortar, forever.

“Yo!” he said into the darkness, quickly alert, his voice making an attempt at strength, soldierly, once again in the ranks. His mind leaped another leap. The finger and the thumb! No matter what joy comes, keep the finger and the thumb deployed. Be vigilant. Be ready. Anew came the full shiver. A shot of joy few minds would ever understand came over him. Alive and alert was he, down to his contriving toes. Oh, one grasp. One grasp! Oh, but for Christ, one grasp.

Then, as if timed by some legitimate god, a god of the deserts, a god of the deep unknown, a moan came out of the darkness, serious, cutting, soul-filled. It arched through his body. The rotted vest, the filthy piece of cotton beneath him, felt cold as stone, as hard, and as brittle if he moved an inch the wrong way, crumble and shatter its promise. Once more he was penetrated and violated in the darkness. Ache was in his soul, he was positive of that. It had a presence he thought immeasurable, untouchable. But here it was, at him, in him, with him, paining him as no pain had ever come to him.

Even yesterday, when Ping Too had kicked him so many times that he lost count, where the metal plate in his shoe was now felt anew, was not as bad as hearing that moan, knowing Ping Too at new carnage and employ, speaking indirectly to someone’s mother. It nearly cost him his concentration. The finger flickered, tremulous, came back to place and the organ of his skin searched its wide expanse for the presence of vermin nearing that vise. Courage came anew, and vigilance, determination. There would ever be the thought of mortar setting in place, a cry lifting itself to the limits of the universe, a metal toe plate rusting back to its beginning.

He thought his eyes had closed for a moment, that sleep had come in the place of Ping Too, that the moans and other sounds faded into the stiff darkness, lifted off to a distant place, yet to be remembered with vivid clarity.

Sleep had come. He woke, this prisoner, stood up roughly with ache anew, stiffly and absentmindedly slipped the rotted vest off his torso, and removed the remnant pants torn at the crotch, torn the length of one leg, letting the frayed string belt fall away. He dropped them and the worn cotton blanket into a tattered cardboard box at his feet, kicked the box under the cot. In dawn’s first precious light he looked at his brother’s picture, the major’s leaf on his collar, the distance in his eyes, his brother seven years a prisoner of war, dead of an abrupt stroke on the rescue plane, never to come home.

He touched the picture frame, cool in the first sparkle of light, spoke the words again, as he had every morning for more than a year, and stepped into the shower, the words echoing, beseeching, apologetic in the bedroom behind him: I know, Charlie! I know! I know!