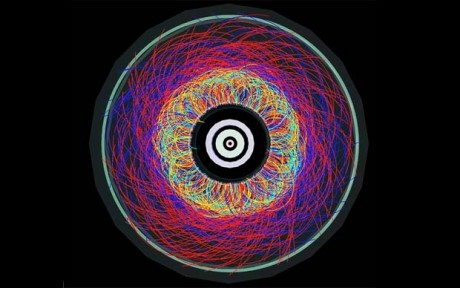 I wept at the speed of light
once.

I tested with number two pencils in rooms
with drawn shades. I tested my faith
shivering in lonely cemeteries. Tested my desire
without condoms. Tested my resolve,
driving drunk with twin girls. Tested walking in a straight line
on a curved earth in an expanding universe.

I got all A’s and two free tickets
to doubleheaders.

I scored within the statistical norm
at P.J Clarke’s. Scored on 42nd and Eighth Avenue
before Le Miserable. Scored in the bottom of the ninth
in the bathroom at Yankee Stadium. I scored first while Jeter
rounded third. I scored miraculously from the penalty box
with the Great One. I hummed Ravel’s Bolero in the ear
of a corn-fed bride.

I honeymooned in Vegas
three times.

I examined remains of the day
and night of a thousand stars, one by one. I examined
my scars, my motives, the leftover meatloaf
before throwing it all away. I examined specks of dust, bees in jars,
examined the worn fabric on my shrink’s couch. I examined lovers
and liars, and liars and lovers and the good book under a black
light.

I took in felons and took on
disguises and took my time before
holding up Bodegas. I took out my misery
on a bench in Central Park and counted
calories. I took to wearing ski masks
and tinted lenses. I took
what I had coming and shirts from Macy’s, pink shirts.
I took out my only son
with a roundhouse left and my Confessor
with a single shot of Kentucky bourbon