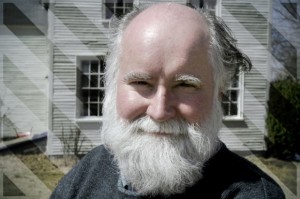 “Write Every Day”, Advice from Nicholson Baker on the Writing Process

One huge piece of advice came to me from Bill Whitworth, who was the editor of the Atlantic Monthly, and I was so in love with reading the Atlantic at the time. Once or twice I got a chance to work with Bill Whitworth on a piece or two – and I was just kind of struggling to support myself and, you know, life is busy and I wasn’t writing that much. He just said very simply, “Are you writing every day?” and I said, “Ummmm,” and I sort of mumbled because I couldn’t say yes.

It was a horrible feeling, and the day after that, I started writing every day. That would have been 1984 and I tried to write every day since then. It has helped me a lot, so that was probably the most helpful piece of advice I got early on.

It’s very hard to put it in practice if you’re busy doing other things. For a while I was working with old newspapers; we were taking care of them in New Hampshire and people were coming to visit me as I played the role of an amateur librarian and I was asking people to help out with funding, so I had to get up very early in order to write every day. More recently, I have begun to realize that one writes in bursts. When you’re in the middle of writing a book, it’s very exciting and consuming and you think about nothing else, and then there are other periods where you are doing something else — I might be trying to write a song or maybe traveling places, giving readings or something, so I fudge a lot where I think, “OK, did you write anything, did you write a text? Did you write an email? Did you write just notes on a scrap of paper? Did you write something?” So that’s how I get around it sometimes, by stretching the definition.