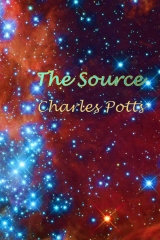 “…this is faith of the footstep, not the leap of Kirkregard, (sp), the misspelling makes
it seem like his very name is a satire on his lofty position, Kirk (church) in regard (of itself) no demand (except of the peasants) that
they keep on funding it.”

“Build it well and make it last,
Darn your socks, grind your wheat, make
your own soap,
Do without until you can afford it,
Into a plastic credit card throw away civilization
Destroying the environment on the side as a
Mildly regrettable cost of doing business”

About the author:
Charles Potts is an American counter-culture poet, sometimes referred to as a projectivist. He was mentored by Edward Dorn. Raised in rural Idaho, in the mid 60s Potts set out for Seattle, Mexico, and ultimately the counter cultural hotbed of Berkeley, California. There, he founded the Litmus mag and publishing company, which published his friend Charles Bukowski’s book “Poems written before jumping out of an 8 story window”.

Potts’ gives an account of his time as a revolutionary hippie in the Berkeley poetry scene, and a psychotic breakdown he suffered there, in his two-part memoir Valga Krusa, reprinted by Green Panda Press in 2007.

In the 80s Potts moved to Walla Walla, Washington where he later founded The Temple bookstore, Tsunami publishing, and The Temple Literary Magazine.

Potts’ collected works, letters, and publishing materials were housed in the archives of Utah State University’s Merrill-Cazier Library in Logan, Utah in 2011.