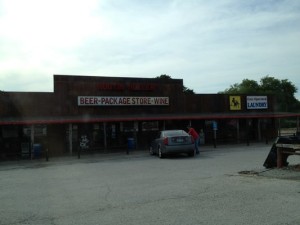 Catch and Release
By E. Sterling

When I was a kid I did the same stuff as you; I jumped my bike off bridges and stole golf carts, repainted them and auctioned them to the kids on the back block where they would ride them around and sell weed out of them because the cops didn’t go there. Not for those petty crimes. I never tortured dogs or cats or fish (even though fish don’t have any feelings, thanks Kurt). I wasn’t a bully and I wasn’t bullied. Had I been bullied I’d probably have called the guy out and fought him after school between the baseball field and Laura’s neighborhood, we’d have been circled by all his friends because he was older and bigger, probably, and when he hit me (on the skull with his hitting hand) he’d probably bust open the stitches on his hand that he got from his pet tiger. Now, if this was true let me tell you I was incredibly luckily because no one should fight a kid who owns a pet tiger.

Then there were sports. All of them. All of the manly sports a jock thinks are manly; follow in big brothers footsteps, right? The problem was my feet were already the same size as my 4 year senior brother so at times I had to make my own footsteps; enter extreme sports and long hair. But not yet. We’ll keep going with the non-extreme sports and some stories that made me famous.

First one, my only touchdown in my entire life of playing football came during a downpour of rain, it may have been a hurricane. During a hurricane we were up by a 1000 points or so and no one was in the stands, I take that back, Dave, my step-father, would have been in the stands, by himself, on a cushion pad, with an umbrella that proudly supported our teams colors and he could have possibly been eating a hotdog. Dave saw me score and he was proud.

Second one, Nick “Marris” Harris, all star at everything that is baseball. Marris could hit, catch, run, dive and he could have whittled the bat had he owned the proper lathe (which he probably did but at that age we used metal bats). At this point in my mediocre athletic career I must have been batting 3rd, because god knows he was clean up, or maybe I was 9th and he was lead off. Anyhow, while I was in the on deck circle practicing my swing like Big John, our coach, taught me to do (along with many other things I can only now realize) Marris got about 6 inches too close to my back swing and took my best home run shot in the ol’ kisser. I’m still sorry about that and he ended up keeping all his teeth. Marris ended up marrying a beautiful woman, they have kids and all and seem to do well, so it didn’t seem to affect his outcome (to this point).

Me: Hey Mom, whatcha doing?
Mom: Oh just watching TV.
Me: So mom we need to go to the emergency room.
Mom: (insert hysteria) Why what’s wrong, who’s hurt, are they okay, are you ok!???
Me: Mom, it’s okay, no one’s hurt everyone’s okay.
Mom: Then why do we need to go to the ER!?
Me: It’s me mom, I’m perfectly fine, but I can’t seem to get this fishing lure out of my head.

I then took off the hat and revealed my latest catch. I don’t remember if she laughed, cried, threw up sick or what but we headed off to the hospital for a little catch and release.