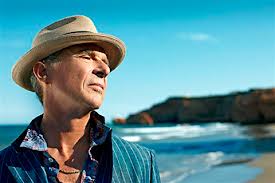 “The Council for the Development of French in Louisiana (CODOFIL) in partnership with the Louisiana Endowment for the Humanities (LEH) and the Louisiana Department of Culture, Recreation, and Tourism (CRT) has named Zachary Richard as its first Poète Lauréat de la Louisiane Française.

Richard was selected for the honorary two-year post (2014-2016) for his outstanding contributions in the field of poetry. Chosen on even years, the French language Poet Laureate’s efforts will complement those of the English language Laureate, currently Ava Leavell Haymon, appointed in 2013 by Gov. Bobby Jindal.”

Fire in the Night
by Zachary Richard

A call came from Denver in the middle of the night,
A voice so frail and tender coming through the trans-continental line.
I can hardly hear you, you seem to far away,
I want to feel you near me ‘cause I’ve been strung out for days.

Burning like a fire in the night.
Flames are filling up the sky.

Last time in the secret place, it all seemed so strange,
Sad raining washing down your face, you say that I had changed.
Running made it easy but had to take its toll.
All you got was a story to tell and a big crack on your soul.

Burning like a fire in the night.
Flames are filling up the sky.

I never, never, never knew,
What your crazy love could get me to do.
And I have never been so blue.