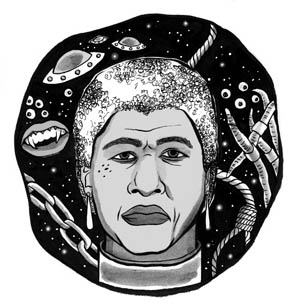 Two recently discovered stories by Octavia Butler will be published together as new e-book. Open Road Media will publish the aptly titled “Unexpected Stories” on June 24.

The stories, titled “A Necessary Being” and “Child Finder,” were written by Butler in the early 1970s, when she was still in her 20s. They were discovered by her literary agent among her papers, which are in the collection at the Huntington Library.

Butler was born in Pasadena in 1947; her father died when she was young and her mother worked as a maid to support them. When she started writing science fiction, she didn’t look like the titans of the genre, who were predominantly white and male.
cComments
Got something to say? Start the conversation and be the first to comment.
Add a comment
0

Butler received the Hugo and Nebula awards, and in 1995 became the first science fiction author to be awarded a MacArthur “Genius” Fellowship. She died in 2006 at her home in Seattle.

In “Unexpected Stories,” “A Necessary Being” and “Child Finder” will be accompanied by an introduction by Walter Mosley.