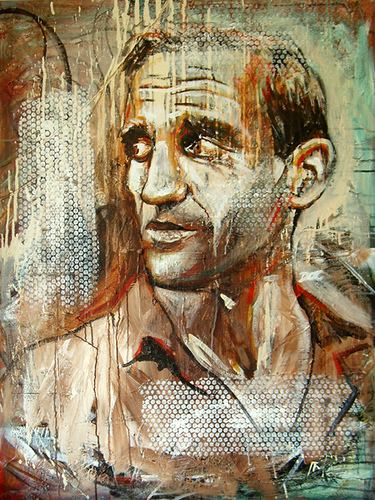 It’s been called the letter that launched a literary genre – 16,000 amphetamine-fueled, stream-of-consciousness words written by Neal Cassady to his friend Jack Kerouac in 1950.

Upon reading them, Kerouac scrapped an early draft of On the Road and, during a three-week writing binge, revised his novel into a style similar to Cassady’s, one that would become known as Beat literature.

Kerouac said shortly before his death that the letter would have transformed his counterculture muse Cassady into a towering literary figure, if only it hadn’t been lost. It turns out it wasn’t lost, says Joe Maddalena, whose southern California auction house Profiles in History is putting the letter up for sale on 17 December. It was just misplaced, for more than 60 years.

The letter is being offered as part of a collection that includes papers by ee Cummings, Kenneth Rexroth, Robert Penn Warren and other prominent literary figures. But Maddalena believes the item bidders will want most is Cassady’s 18-page, single-spaced screed describing a drunken, sexually charged, sometimes comical visit to his hometown of Denver.

“It’s the seminal piece of literature of the Beat generation, and there are so many rumors and speculation of what happened to it,” Maddalena said.

Kerouac told The Paris Review in 1968 that poet Allen Ginsberg loaned the letter to a friend who lived on a houseboat in northern California. Kerouac believed the friend then dropped it overboard.

“It was my property, a letter to me, so Allen shouldn’t have been so careless with it, nor the guy on the houseboat,” he said.