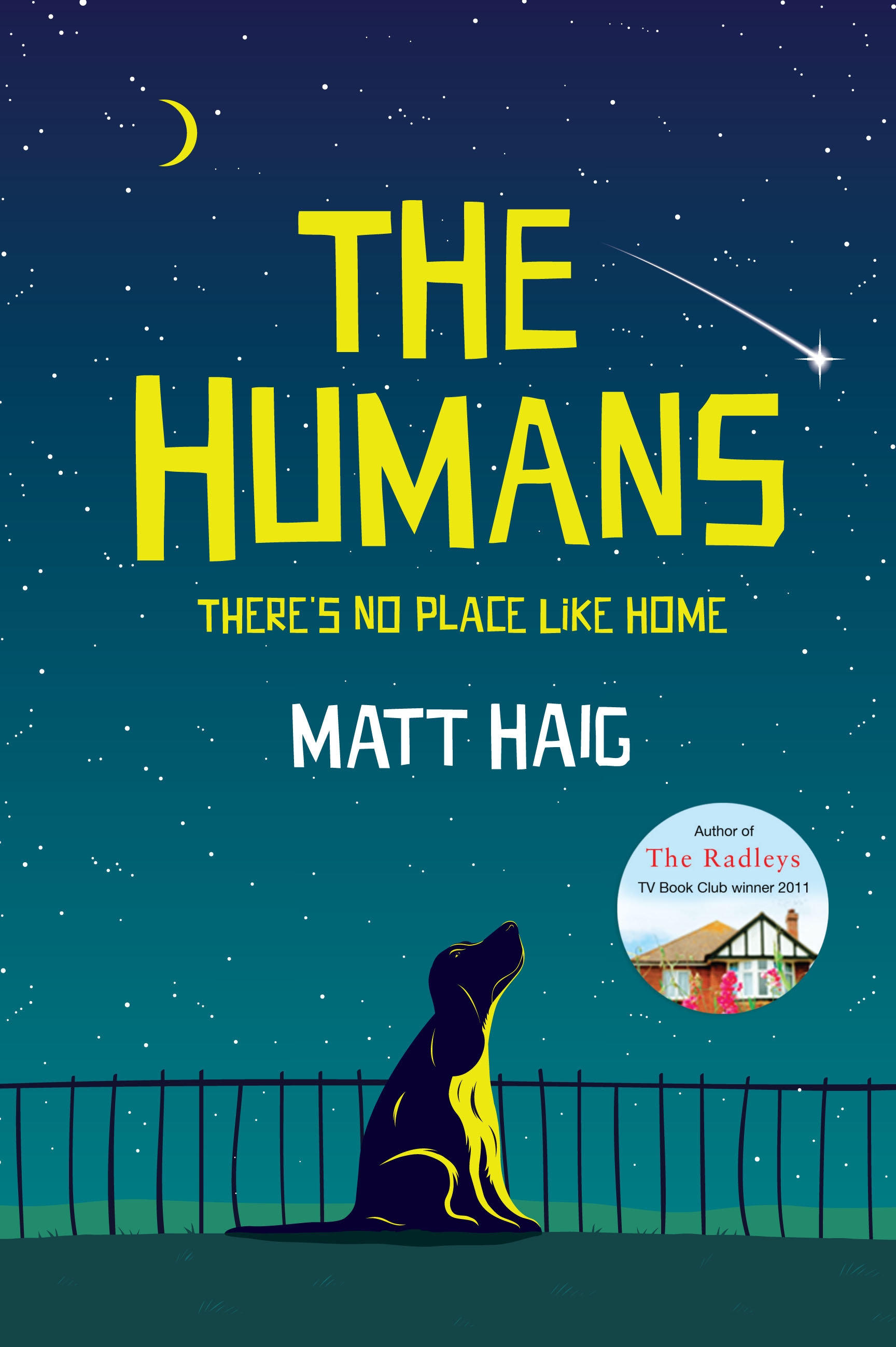 The Humans by Matt Haig
Book review by Ben Macnair

Professor Andrew Martin is dead,only to his family, the people of Cambridge who are witness to his naked perambulations, his few friends and professional colleagues, he is still very much alive. The Professor Andrew Martin has been replaced by an alien, here to stop the ground-breaking work of the professor in the field of scientific research, which will change human development and progress.

The Alien, who is never named is here on a mission, but first of all he must pass himself of as human, or as close to being human as Andrew Martin gets, with his distant, creatively unfulfilled wife, the son he never really made a connection, or any effort with. and all of the delights of human life the alien finds so strange.

Humans, with their fleshy faces and spindly legs and strange smells, their strange, unappetising food and way of dying too young, their sentimental attachments to each other, their sexual attraction and repulsion, their need to make connections, to feel loved and be loved is all strange to an alien who lives in a bubble, has all of his needs met with technology, and is superior to all of the life forms that he finds on earth.

Although the alien is an intellectual superior, it is he who learns the most, from his connection to Nelson the dog, his discovery of Peanut Butter sandwiches, his affair with a young student, and the guilt that this induces in him is all very well written.

The crux of the novel lies in the mission that the alien find himself on, having to erase Andrew Martin’s life work, his fellow scientists who could cvarry on the work, his family, they are a nuisance to the aliens who want a quick eradication.

Like Superman, there is a part when the alien gives up his powers of communication, of healing, to be the family that he has grown to love, only in this story, the change is permanent, and when the aliens send another alien clone down to finish their work, everything is revealed, and although the family is shocked, they have grown to appreciate this new Andrew martin as the husband and father that they always wanted.

The ending of the novel is completely fitting with everything that has gone before, and this is a fine novel about the struggles that we have to go through to find our place, our families and our callings in a universe of infinite variety.

1 thought on “Book Review of The Humans”