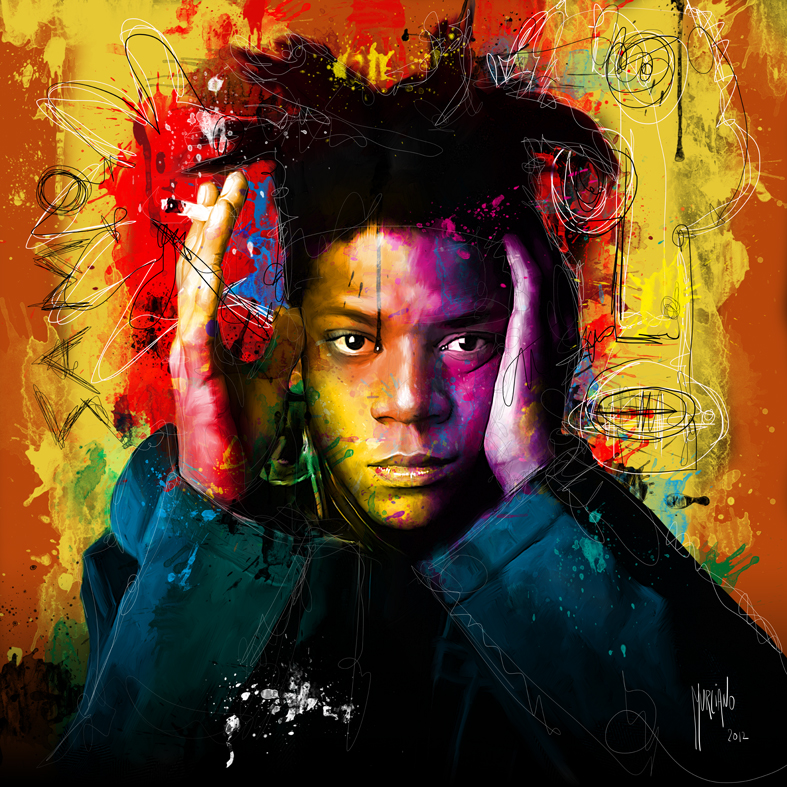 The Unknown Notebooks of Jean-Michel Basquiat

JEAN-MICHEL BASQUIAT was, famously, a graffitist who became a painter. He wasn’t the only one to make the transition in that electric moment of the early 1980s, but his path was distinctly different from that of his contemporaries — and not only because he achieved worldwide renown and art-historical status with blinding speed. The other graffiti artists who made it into the galleries — Crash, Daze, Lady Pink, Futura 2000, et al. — were painters to begin with, muralists who covered the sides of trains with all-over designs in brilliant colors, often but not always incorporating their tags as major elements. Basquiat, however, was a writer. As SAMO, he dealt in words, artfully executed with marker or spray can, to be sure, but nevertheless words intended to convey meaning, slantwise — that is to say, poetry.

Eight of his notebooks, from the collection of Larry Warsh, will go on display next month at the Brooklyn Museum. The four most crowded with entries date from 1980 to 1981, when Basquiat was working furiously in a wide variety of media: writing and painting on every surface that came to hand, from walls to sweatshirts to refrigerator doors; playing with his band, Gray; appearing on Glenn O’Brien’s public access show “TV Party”; and making the color-Xerox postcards with which he first announced himself to the art world. In those days, it was perhaps not entirely clear to him what direction he would take, but painting was on the ascent. (Three of the other notebooks, speculatively dated 1981-84, 1983 and 1985, only contain a few written pages; the last is thought to be from 1987, a year before his death at 27.)

1 thought on “Basquiat the poet”