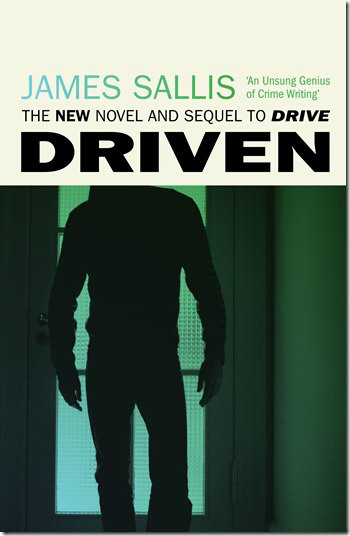 Seven years have passed since the events of Drive, and Driver has found a new life, a new identity, and has put his past behind him. He is now Paul West, and is a successful business man fixing cars in Phoenix, but his old life is not ready to surrender its hold over his future.

Two men are sent to kill him, Driver, seemingly able to remember his old skills, kills them both, but pays the heaviest price, Shannon his fiancée is dead, and Paul West, as false as he always was, is no more.

Driver is still only 26, a young man by any standard, but out of necessity, he has had to pack a lot of experience into those years.

Sallis uses the same language, and writerly techniques to describe Driver and his life that made Drive such an outstanding piece of Neo Noir fiction. We are in the same underworld of cars, film sets, and dodgy deals going wrong, but there is a lot more humanity here. We see Driver more at ease with himself, his life, and the high price he has had to pay for what he does.

There are a lot of telling details in the book, how Driver has to go looking for those he is after, how each little character in the novella leads to another character. It is a labyrinthine story-line, and although the story telling style is completely linear, there is a lot to get through in this short, 150 page book. Driven is modern day Neo Noir of the highest order, and if you liked the recent film of Drive, you could do a lot worse then reading the source material.