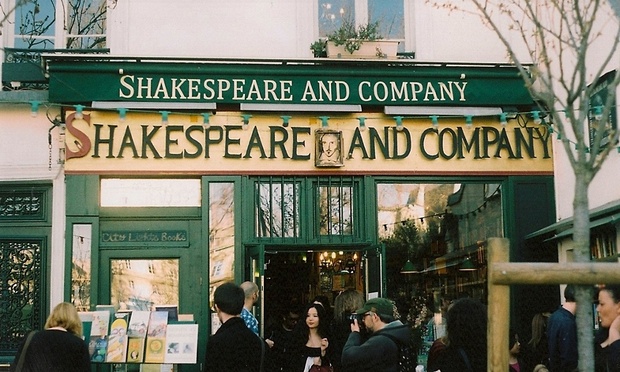 The 10 best independent bookshops in the world – readers recommend.

Wherever you are in the world, visiting a bookshop is always a treat – but with their numbers dwindling, independent stores that offer something unique are increasingly becoming a destination in themselves. Last year we rounded up some of the world’s most weird and wonderful bookshops – from a bookshop opened by Alice Munro in the 1960s to one in the island of Santorini started by drunk Oxford students – but here’s a selection of favourite bookshops from our readers, together with our own picks.

This legendary Portland shop is the world’s largest used book store – the jewel in the crown of what is claimed to be the largest independent chain of bookstores on the planet. Powell’s even provides a map for customers. “It is amazing! It is a whole city block with several floors of books. Unlike ordinary bookstores, Powell’s has a huge selection of every book imaginable. I took my retired English teacher father there and he went crazy. It also has a cafe and a selection of antique computers. It is an absolute paradise for bibliophiles!” said John R. Ewing Jr.

In Acqua Alta (high water), boats, gondolas and canoes act as shelves of sorts for new and used books. “A mix of new and second-hand books jumbled over every surface and up every wall, and occasionally turned into part of the furniture, including a staircase of ancient encyclopaedias that provides views over the canal at the rear. And when that rises and floods the shop, at least the books in the retired gondola will be saved,” shared peternh. “Glorious chaos, Margaret Pinder called it.

An old theatre turned into a bookshop in downtown Buenos Aires, El Ateneo still keeps much of its former grandeur. Designed in 1919 by architects Peró and Torres Armengol and turned into bookshop 81 years later, readers can still see the high painted ceilings, balconies, carvings and even the theatre curtain. “Inside El Ateneo clients are respectfully quiet, just like an audience right before the start of a show. Sit in the cafe, order a ‘cafecito’, leaf through a Buenos Aires city guide and enjoy the majestic uniqueness of this book haven!” said canaria. The stage is used as a reading area and café, with the former theatre boxes available as tiny reading rooms.

A destination in its own right for any visitor of San Francisco, City Lights was founded in 1953 by poet Lawrence Ferlinghetti and Peter D Martin, and it was not only a place of congregation for authors of the Beat generation but also featured in many of their works. The first all-paperback bookshop in the US, City Lights has always published as well as sold, a tradition it maintains to this day with more than 20 new titles published each year. You can also pop across the street to Vesuvio Cafe where Kerouac, Ginsberg and co used to hang out.
See the entire list here.