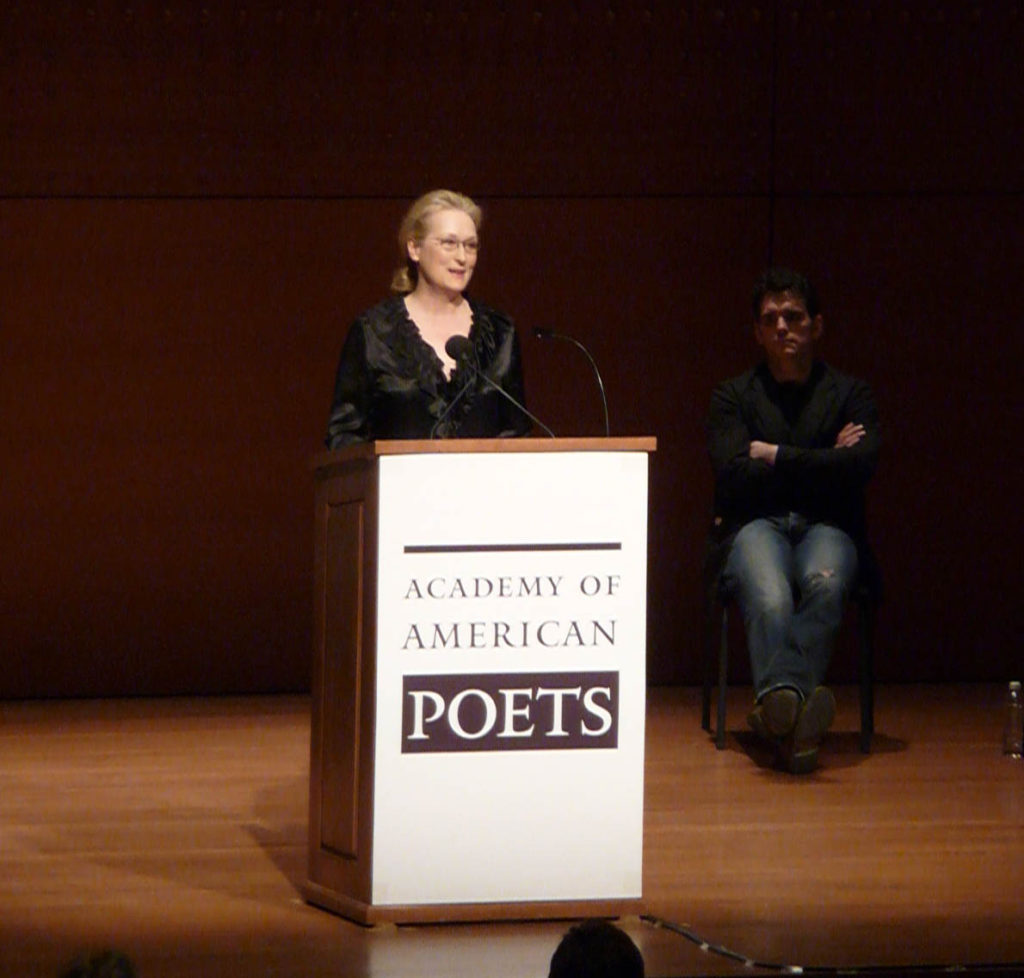 NEW YORK — At an all-star tribute to poetry on Wednesday, Meryl Streep was thinking about her family.

The Oscar-winning actress sang a lullaby she learned from her mother; read a Gary Snyder poem she had heard about from her sister-in-law, actress Maeve Kinkead; and recited a poem by Maggie Smith (the writer, not the actress, Streep reminded the audience) about a parent protecting her kids from the sorrows of the world:

Life is short, though I keep this from my children.

Life is short, and I’ve shortened mine

in a thousand delicious, ill-advised ways,

I’ll keep from my children.

Streep, Meg Ryan and Grammy-winning jazz artist Cecile McLorin Salvant were among the readers, and singers, at the 15th annual presentation of Poetry & the Creative Mind. The sold-out event at Avery Fisher Hall was presented by the Academy of American Poets in honor of National Poetry Month. It also featured Amanda Palmer, Maurice Hines and several others reading works by such poets as Frank O’Hara and Nikki Giovanni — and sometimes throwing in a little music.

Palmer brought a ukulele on stage and roared the instrument’s praises, while Salvant’s voice was all she needed for a shattering performance of the Bessie Smith song “You Ought to be Ashamed.” Hines was shaking and twitching and nearly started dancing as he read Maya Angelou’s “Ain’t That Bad?” He first heard the poem from Angelou herself when they happened to ride on the same train.